How to Become a Web Designer: Real Story About My 72-Year-Old Dad

“How to become a web designer if you are 72? Read my dad`s story and you will see it.”

In 1998, I had a minor falling out with my dad over a website. He had just paid what I considered a ridiculous sum of money for an amateurish site for his travel company, designed by some kid who had all the design skills of a chimpanzee with a rudimentary grasp of Microsoft FrontPage. I, being a socially undeveloped 17-year-old at the time, expressed my disapproval in a way that lacked the requisite sensitivity, and my dad reacted defensively. A hormone-fueled sulk ensued on my part as I raged at my father’s inability to grasp the fact I was only looking out for him, though of course I now cringe inwardly at my younger self’s blunderous handling of the situation.

The reality is that we were both frustrated about the same thing. My dad knew he had probably been ripped off, which was painful enough to realize without his own son rubbing salt in the wound. On my part, it was hard seeing my parents part with a significant amount of cash for something that I felt I could have done a much better job of myself, particularly at a time when their business was already being hammered by the first wave of the internet.

But these were the Wild West days of the web, and many people could and did charge outrageous amounts of money to put really basic websites together. Even I eventually took advantage of the landscape and once charged £5000 for a total of 3 hours’ work, though not without a significant amount of guilt. It was a seller’s market and everybody was being ripped off. So, we got over it.

How the West Was Won

The Dotcom Crash took care of most of the worst web design sharks, by which point the internet had already done its damage to my parents’ travel business. The 1990s saw the rise of the online travel website, whose tsunami took out most of the traditional offline travel businesses in just a few short years. Part of the frustration around my parents’ overpriced website was its failure to save their business from the imperial march of technology.

What it did do, however, was galvanize my decision to fully engage with web design and coding, which had been nothing more than a fleeting hobby until that point, second to other interests such as music and beer (although my expanding gut is testament to how consistent my passion for the latter has remained over the years). I launched my first hand-coded website in 1998 and by 2001 was running a fully-fledged online business with a website attracting more than three million visitors a month at its peak. Aside from a minor detour into sales in my mid-20s, I have remained in tech ever since, and have always been grateful for my younger self’s decision to acquire a set of skills that allow me to earn a decent living from anywhere in the world with nothing more than a laptop and internet connection.

For me, the internet was defining. For my parents, it effectively triggered the final stages of their careers.

After selling their company in 1999, my dad began a gradual transition into retirement – via a couple of other business ventures along the way – while I carried on with my tech career, eventually setting up Firedrop whose mission is to automate as much as possible of the process of web design and, eventually, all kinds of digital design. 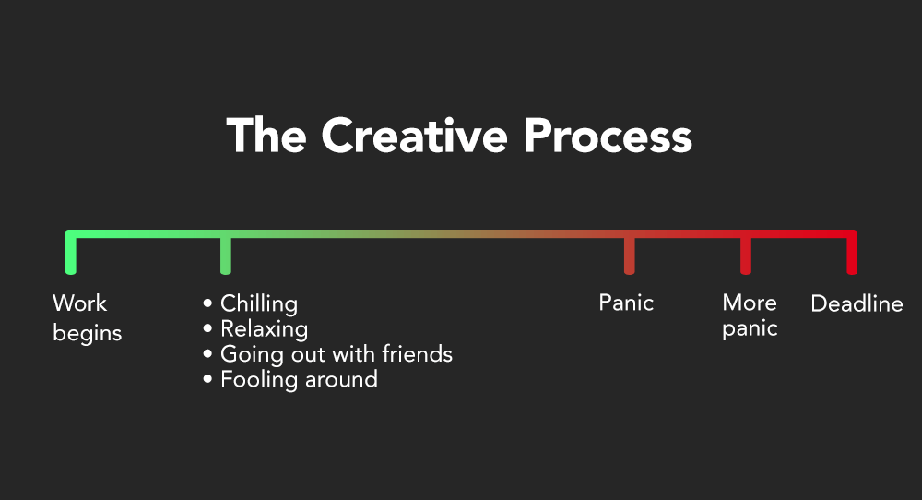 The role of A.I. is to free us from laborious work. The process of designing and coding a website, while rewarding, is nonetheless laborious and that puts most people off from learning it. But for me, building a website has always been a doorway rather than a destination. The power to create opportunity out of thin air, with just a computer and some imagination, has always been at the root of my love affair with web design and the internet. For me, it is freedom.

So when we launched our A.I. web designer, I took it to my father to see what he thought of it. My intention was just to get some feedback on the user experience, with the goal of having an interface that was so intuitive even a 72-year-old could use it. My brief to him was, simply, “use this tool and build a webpage with it, then report back on what you struggled with”. And that’s exactly what he did, but I wasn’t quite expecting the effect it would have.

For my dad, the challenging part was not actually getting to grips with the interface (a shamelessly self-congratulatory pat on the back to our UX team for that), but working out what exactly he wanted to put on this webpage. He spent a fair amount of time thinking about that, but it wasn’t a chore; far from it. He actually found himself imagining possibilities, a creative process that had previously always been dampened by inflated web design quotes or overly complicated website building tools.

But without those restrictions, he just started to lay out his mind onto the digital canvas before him. He wrote his autobiography and then published it. He sent it to all his friends, who loved it. It became a mini-viral sensation amongst his peer group. Some of them then asked if he could help them make a similar type of biography. And suddenly, a new business idea struck: he could use Firedrop to build similar types of a site for people of his age, and charge them for it.

And so, at the age of 72, and after several years of retirement, my father found out how to become a web designer.

Web design projects are often painful because of the unavoidable time it takes to make sites by hand, but A.I. removes that burden and breathes new life into the most important question: “what will this website do?”, rather than “how will this website be made?”. Traditionally, the former question has been confined to the very earliest parts of a web design project, taking center stage briefly during the requirement-gathering phase before the various mechanisms of design and programming take over for the remaining 80%+ of the project. During this period, the owner of the project becomes inevitably distanced from it, and somewhere along the line the original spark gets lost.

This holds many people back and prevents them from trying out some of the ideas that everybody has from time to time by obstructing the freedom and confidence required to explore them. A.I. has the capacity to restore that freedom. For my father, this freedom reignited his creative spark and rekindled his interest in entrepreneurial work. Finally, after 20 years, he is able to embrace the opportunities of web design as I did all those years ago.

Thanks to A.I., a father can follow in his son’s footsteps. This was my own story of how to become a web designer.