Viral Marketing: Unlock the Secrets on How It Works

By Nancy Young 10 years ago in Web and Trends 0
Share:

Coca Cola is a quite famous brand, which needs no advertising. You know this drink, you’ve tried it more than once and you wouldn’t abandon some Coke for lunch. In order not to lose their customers, Coca Cola keeps producing its advertising. Bright and colorful Coke video ad recalls the approach of Christmas, just take a look at these funny bears. You want to share this video with fellows and friends to make them feel the same, don’t you?

Viral marketing is one of the most effective ways of advertising. It’s called in such a way, because it spreads as fast a real viral does. You can call it “word-of-mouth” as well as the “buzz marketing”, but its nature doesn’t change. Viral marketing isn’t a new technology, all the future exists in the past.

Viral marketing uses the psychological human trait like a need to share something interesting with each other. We share ideas, images, audio and video files, which we usually find browsing the web. A social network, for example Facebook, is the best place to share any info with friends. Here viral marketing becames so popular, because we have lost interest to the ordinary advertising. It seems to be intrusive and theatrical, it’s everywhere we go. In most cases we find viral videos ourselves, unlike regular ads which by their nature have to find us first.

According to statistics, every fifth person who has received an interesting message, video or image, sends it to his friends. It works on the “pyramid principle”: people share again and again with geometrically increasing power and the number of these shares doubles with every interaction. 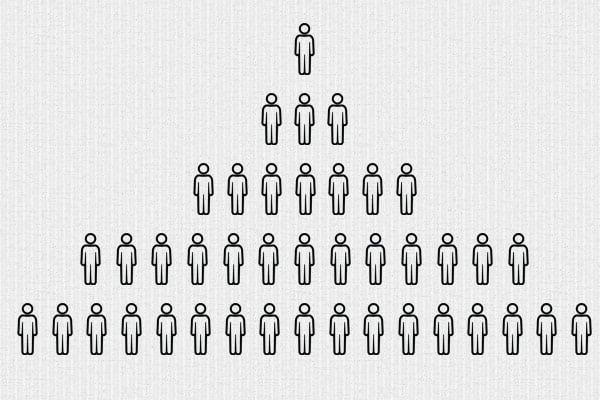 Many companies try to use viral marketing for their own goals. By studying the way your customers behave, you can make them advertise your products for you. There are a huge number of companies, which apply viral marketing principles. Among them are Volvo, IBM, American Express, Mercedes, Adobe and many others.

You can solve a lot of tasks with the help of viral marketing, for example, increase company’s popularity, present a new product to potential customers, speed up sales growth, etc. Viral marketing allows advertisers to get access to a specific target audience and to make a successful online business with minimal costs and maximum returns.

A Showcase of Incredibly Interesting Commercials

Such a movie costs no more that 1% of a standard TV ads’ cost, but 400 000 YouTube users have watched it in less than a month.

You need to make people feel something, to fill them with love or hate, smile or tears, happiness or anger. After watching this John Lewis company’s video, you just can’t stay indifferent. A cute kid had been waiting for Christmas, but when it came, he hadn’t even noticed his gifts. He was waiting for Christmas in order to make a surprise to his parents.

Do something unexpected. “You’ll never forget the first time you see one”.

Forget about your product and focus on creating an incredibly great and interesting story. It would be the key to success. Of course, you need to add a product into the mix, but it shouldn’t be the most important thing.

You also can shock people with the cruelty or other frank emotions, like the Italian Jewelry company BJØRG does.

The most popular thing is the social advertising. Although, such kind of videos are the viral marketing expression. They have a hidden meaning, as in the movie “It’s time”. After the release of this video in Australia, a same-sex marriage issue has become the most discussed aspect of life.

With Nike you quickly run out of excuses. Slogan: “No Excuses”.

One of the first successful viral campaigns on YouTube.

Social advertising is dedicated to road safety. One view captures the spirit away. This video focuses on a family as the most important thing in life.

One more social video teaches us that there are more important things than medication.

There is an ad from the “Anything can happen” videos category.

Let’s finish the roundup with the commercial, which makes you smile. Extremely funny commercial shows that people really like watching TV.

As you can see, the videos cause a variety of feelings. Just let the users share your stuff.

Let’s look back at the online marketing history. There is an interesting Hotmail’s trick. In 1996 Hotmail was a unique email service and what’s more important, it was absolutely free. It could be accessed anywhere and allowed users to have a multiple accounts.

Hotmail attached a short message “Get your free email at Hotmail” at the bottom of each email sent by Hotmail users. Once an email receiver clicked on the company name “Hotmail”, he or she was taken to the Hotmail’s homepage where the free email service was presented. This original and simple plan worked out. In 1998 Hotmail had 12 million subscribers and then the company was sold to Microsoft for $400 million.

As you see, the word “free” creates magic in the marketing sphere. In order to be truely “viral”, your video/image/ad needs to be free. If you have any interesting ideas or tips of your own, I’d be more than happy to know about them. I’m sure, you know some extraordinary ads which I’ve missed somehow. So feel free to share your thoughts in the comments below.

Share:
Nancy Young
Nancy Young is an ambitious and extraordinary writer. She writes a lot of inspirational articles on web design and photography. Nancy Young reads tons of books and travels a lot in her spare time. She loves design in all its forms, ocean and French cinema. Nancy is a contributor to OneDesBlog.
More articles by Nancy Young

Virtual Number in United States: Everything You Need To Know About It And How It Works
How to Conduct Online Market Research to Grow Your Business
Mobile App Performance Optimization Trends for 2023
Maximizing Returns in a Digital Age: Investing in High-Dividend Stocks and Keeping Up with Web Development Trends