You probably already know what a QR code is – they seem to of invaded the techno world over the past few years. They are those little black and white squares (although now-a-days they are not always just black and white, as you’ll see in a moment) which look somewhat like a crossword puzzle and they allow a user to scan the code on their smartphone in order to perform an action. This action could be anything from dealling a certain telephone number, to opening a certain website URL, or even storing a contact address or GPS co-ordinates, the list goes on and on.

During 2012 I’ve seen QR code designs being taken to a whole new level, they are no longer just those dull black and white squares, they are often really attractive and do a good job of drawing you in and making you want to actually scan the QR code by using clever placement and design ideas.

Take a look at these two QR codes below, which one would you be more likely to scan? 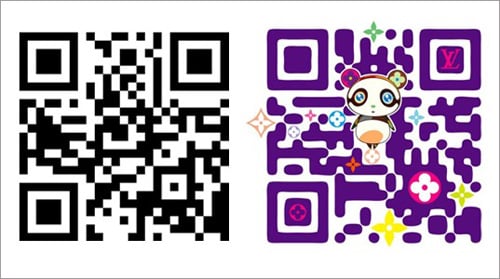 They both hold the same information, but one looks a lot better than the other, and it’s much more likely to be scanned – people are around 80% more likely to scan a creative QR code than they would a regular one.

With that in mind, it’s no surprise that lots of companies are incorporating awesome designs into their QR code integrated advertisements. Here are a few of my favourite QR code designs and uses from the past year. 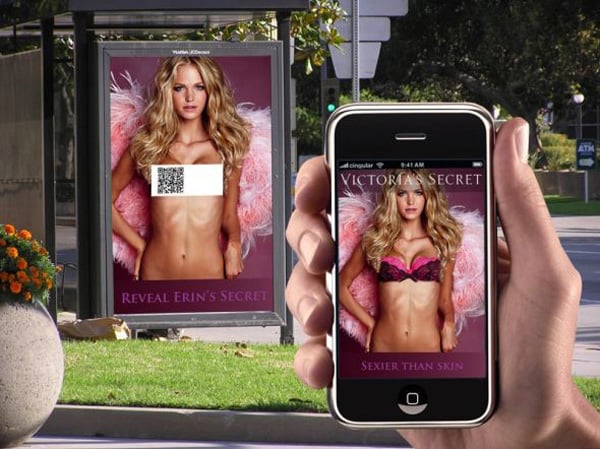 I’ve seen some great advertising campaigns that make awesome use of QR codes both in the advertisement, getting the customer to engage and allowing them to go on a purchase the product being advertised.

The best campaign like this which I have seen is probably from Victoria’ Secret. They ran a campaign which featured semi-nude models being covered by just a QR code with the words “Reveal Erin’s Secret” shown below the models picture. Once you scanned the QR code, you would get to see the full picture which revealed the model wearing Victoria’s Secret underwear in-place of the QR code, you then had the ability to go on and find out more information about that product, and even purchase it from your smartphone if you wish.

This is a great way to entice people to scan your code, and then turn them into customers. It would be interesting to find out how well this campaign did for Victoria’s Secret, but I’ve been unable to find any information on it anywhere, if you can find any details about that then please share it in the comments section below!

Business cards are another area where I’ve seen some truly awesome creations, and they are pretty useful on a business card too. You can have the QR code link to your website, or store your telephone number or even GPS co-ordinates to your office. The possibilities are endless.

Here are a few stunning card designs which I’ve seen during 2012 that have QR codes incorporated in them, they add a really modern look to the card. 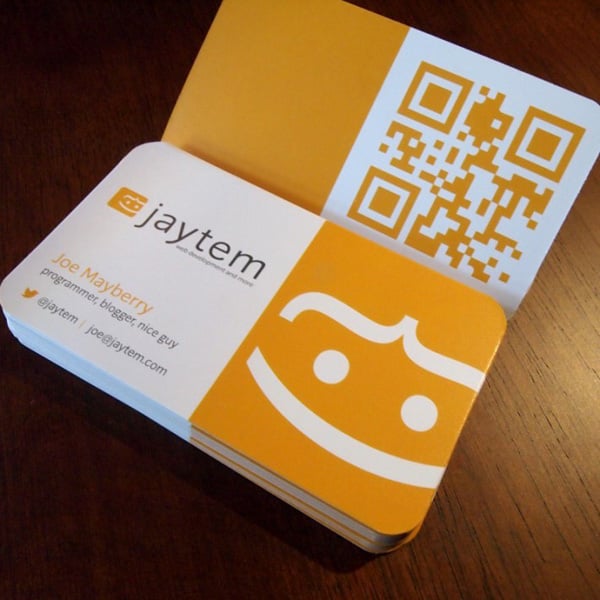 This one is pretty unique… an amazing artist actually hand paints QR codes into some of her work, check out the video and a couple of amazing pictures of her work below:

There are so many more awesome designs out there that it would take forever to list them all, people are getting really creative with them and I look forward to seeing some of the new uses and creativity put into QR code designs throughout 2013 and beyond.

Share:
NathanRossiter
The author of this article has worked in design and marketing for over 10 years. He recommends that you use VisuaLead for all of your visual qr code creations.
More articles by NathanRossiter